National Minority Health Month is an opportunity to build awareness about health disparities and to provide communities the information they need to take action. This month, we are sharing perspectives from our staff and partners on health issues like disparities related to youth suicide and the war on drugs, as well as law and policy solutions to achieve greater equity in health outcomes, including examples for community members and state and local governments. Highlighting this year’s theme, the first section addresses the importance of building trust and ensuring Black communities are #VaccineReady. 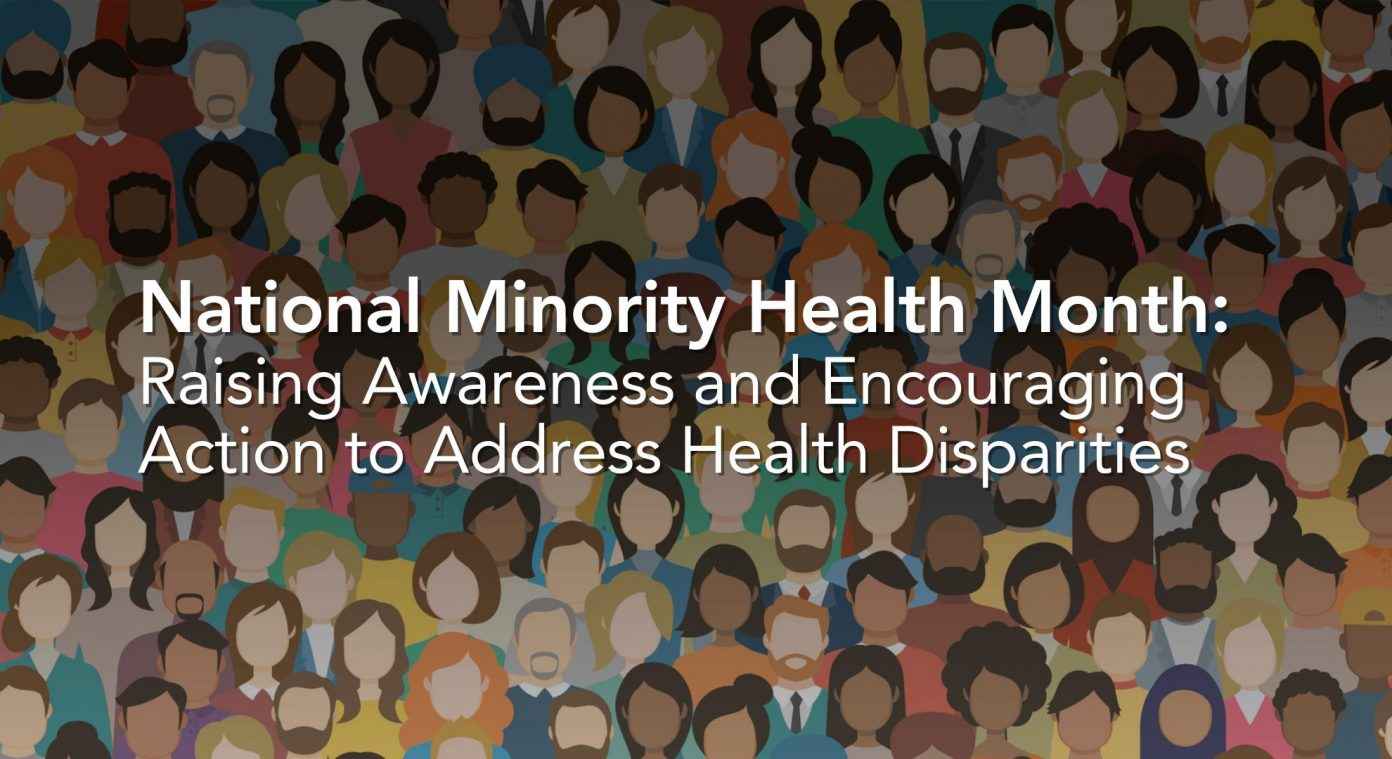 Building Trust in the COVID Vaccine in Black Communities

For more than a year, COVID-19 has had a disproportionate impact on Black communities. However, in a study released by the Kaiser Family Foundation on January 27, 2021, some 43 percent of Black adults expressed a degree of hesitancy about taking the COVID vaccine, stating that they wanted to wait and see how the vaccine affected other people before getting immunized. Why would communities that have been ravaged by a deadly virus be hesitant about taking a life-saving vaccination?

While the Black community is not a monolithic group, shared cultural experiences inform beliefs and historically, the relationship between Black Americans and the medical community has been problematic. Throughout the 20th century, medical providers performed nonconsensual sterilizations on thousands of Black women in an attempt to effect racialized population control. In the now infamous Tuskegee Experiment conducted from 1932 until 1972, doctors and United States Public Health Service researchers conspired to withhold available treatment to Black men who had contracted syphilis.

These historical occurrences are often reinforced by 21st century lived experiences of Black people during their interactions with the medical community. For instance, recent studies link racial disparities in pain assessment and treatment recommendations to providers’ false beliefs about biological differences between Black and white people.  Black patients often have longer wait times in hospital emergency department waiting rooms than their white counterparts, only to have doctors spend less time examining them.

Distrust that has developed over generations will not be eradicated immediately, but medical providers and public health officials can take immediate steps to address vaccine hesitancy.  First, personal stories from people who are most like the people that they are trying to reach is a crucial component of any successful public health campaign. Subsequently, information about the vaccine should be disseminated in Black communities by familiar and consistent voices; trusted messages delivered by trusted messengers such as faith and community leaders.

Secondly, structural barriers that prevent Black people from accessing the vaccine need to be eliminated. Vaccine sites should be set up in the communities that need to be reached. In North Carolina, this meant that a church choir hall became a vaccination room and Sunday school classrooms served as post-vaccination observation spaces.

During this unprecedented public health emergency, it is crucial that medical providers and researchers work in tandem with the Black community to combat COVID-19 and to address decades of health disparities that are rooted in structural racism.

Being an informed and engaged community member is one of the most powerful ways to create change. We can help raise awareness about health disparities that continue to affect people of color, encourage action at all levels of government, and be advocates for health in the communities where we live, work, play, and learn.We can start by educating ourselves about our communities and ways to be involved.

Know your community’s stance on racial equity.  You may live in one of the cities, counties, or states where nearly 200 declarations of racism as a public health crisis have been issued.  These places are developing plans and collaborating with communities to address the effects of racism on housing, health, education, and the economy.  Hospitals, health systems, and insurers are also addressing racial equity in local communities through strategic investments. In addition, your state health department has an office of minority health or health equity and state executives have been setting up task forces and creating new offices and positions dedicated to racial equity.

Understand how money is invested in your community.  Beyond taxes and investments from business, philanthropy, and other organizations, other important strategies include place-based impact investing, where capital is invested in local communities in a way that creates both financial and social benefits; forms of reparations that call for investing local dollars into addressing disparities in housing, education, neighborhood safety, and economic opportunity (Evanston, IL and Asheville, NC are notable examples); and reinvesting revenue from the sale of recreational marijuana into communities that have been disproportionately impacted by the war on drugs (North Carolina recently introduced the Marijuana Justice and Reinvestment Act).

Learn more about public safety reforms that will improve community health and resilience. The majority of killings by police in 2020 were in response to non-violent incidents, including mental illness and welfare checks, traffic stops, and non-violent domestic disturbances. One way cities and counties are addressing this is through engaging social workers, medics, and other trained professionals to respond to crises (including Eugene, OR, Austin, Denver, San Francisco, and St. Petersburg, FL).  Other reforms include investing in affordable housing, harm reduction programs, and employment and education for formerly incarcerated individuals.

While it is imperative that agencies, organizations, and institutions find meaningful ways to ensure that community voices are at the table, as community members we must be informed, engaged, and hold our leaders accountable.

Even prior to the COVID-19 pandemic and the murder of George Floyd in Minnesota, the issue of racial equity and the human costs associated with health inequities were receiving significant attention in Minnesota. The state often ranks as one of the healthiest in the country, but it also has some of the worst health disparities. In 2018, Blue Cross and Blue Shield of Minnesota partnered with the University of Minnesota to determine how much health inequities were costing the state. Addressing health inequities could save more than 700 lives and $2.26 billion due to increased employment, higher productivity, and less time missed at work due to illness. The report focused on the importance of addressing health inequities because doing so saves lives, saves money, increases productivity, lowers health care costs and improves the health of employees and communities.

In 2020, the Minnesota Legislature established a House Select Committee on Racial Injustice to declare and address racism as a public health crisis and ensure House legislative efforts are analyzed through an intersectional racial equity lens. In the section titled Racial Disparities: The Minnesota Paradox of the House Select Committee on Racial Justice Report to the Legislature, it is noted:

“For centuries, systemic racism has contributed to stark and persistent racial disparities in health, education, public safety, and wealth and financial well-being…Government-sanctioned racial discrimination created these inequalities and only racially conscious policies can address the inequalities. Each year that goes by without addressing systemic racism costs our state and nation billions of dollars. It is imperative on the Minnesota legislature to make amends for past and present harms by prioritizing the enactment of laws and policies designed to address racial disparities and expand access to opportunity to build a prosperous state for all Minnesotans” (p. 37).

The report contains numerous policy recommendations in areas of economic development, housing, education, health and human services and public safety.  These and other policy recommendations should be guided by principles for racially equitable policy platforms, and incorporated into community-level anti-racist plans with clear goals and action items, like the City of Milwaukee Health Department 2020 Anti-Racism Plan. There is hope in focusing on the need for broad, transformative system and policy change aimed at addressing the United States’ underlying structural racism and Social Determinants of Health, with the goal of eliminating health disparities. Some additional helpful resources include:

Addressing the Legacy of the Unjust War on Drugs

The legal status of marijuana is rapidly changing. Currently, 36 states and D.C. have legalized marijuana for medical use and 17 states and D.C. have legalized it for recreational use. While states create complex regulatory systems for a parallel medical system and an industry that is valued in the billions, they must also contend with the unjust legacy of this nation’s war on drugs.

Illicit drug use over the past year is comparable across racial demographics. However, white Americans use illicit drugs with greater prevalence over the course of their lifetimes. This trend holds true with lifetime marijuana use. Slightly over 50 percent of White Americans identified as having used marijuana compared to just over 42 percent of African Americans and 33 percent of Hispanic or Latino Americans. This information is critical when examining inequitable incarceration based on race in the United States. For example, Black Americans represent just over 13 percent of the population but 37 percent of federal prisoners and roughly 30 percent of state prisoners convicted of drug crimes.

Having a drug crime on one’s record can result in devasting consequences, including making it difficult to secure employment and safe housing, and imposing greater risk for certain health issues. Individuals with a drug felony conviction can be banned from important government benefit programs like the Supplemental Nutrition Assistance Program. Since people of color have been unjustly targeted by the war on drugs, they bear the brunt of the collateral harms.

As marijuana policies change, states are beginning to recognize their duty to address the inequitable impact of the war on drugs.  To address this challenge, states have passed expungement measures to remove certain marijuana crimes from an individual’s record. Some states, like Maryland, allow individuals to petition the court to have certain marijuana crimes expunged.  While this is an important start, impacted individuals must know of this option and actively engage with a complex system.  Data shows that few individuals take advantage of expungement measures that require initiation by the individual.

One study estimates that only four to six percent  of people eligible for expungement apply.  Automatic expungement, like the system in Illinois, is critical to addressing the challenge.  In Illinois, the burden has been placed on the state and local government to: (1) identify individuals who qualify for expungement of certain marijuana crimes, and (2) remove these crimes from the individual’s record.

Black children are also at risk. According to one study cited in the report, from 2001 through 2015, suicide deaths were about 50 percent lower for Black youth (ages 13-17) compared to white youth of the same age; a closer look at age disparities, however, revealed that Black children (ages 5-12 ) were twice as likely to die by suicide compared to white children of the same age. Accordingly, these researchers cautioned against “the long-held perception that suicide rates are uniformly higher among white than black individuals in the United States.”

The report provides an extensive review of the lack of research across the board on so many aspects of suicide prevention as it pertains to Black youth ranging from: risk and protective factors, effective interventions for suicide risk, and treating mental health conditions.  Many interventions, including those considered evidence-based or best practices, have been predominantly studied on white youths. This reality, along with increased acknowledgement of the impacts of racism, has inspired crucial institutional support to prioritize evidence-based suicide prevention programs that can meet Black youths’ needs.

It is important to remember that all youth have a culture. So, the issue is whose cultural experiences are being elevated and accounted for in suicide prevention initiatives and related efforts to curb seeming increasing rates of depression and serious psychological distress among youth.