Skip to Content
COVID-19Social and Community ContextCivic Engagement and Voting

More than a Vote: Civic Engagement and Health Amid COVID-19

In the midst of the COVID-19 pandemic, with many states cautiously reopening, a new normal is taking shape. That new normal includes changes to the 2020 election cycle, with states shifting primary dates, encouraging absentee voting or vote-by-mail, and developing plans for safe in-person voting in November. The obvious focus among policymakers and elections officials is on the public health concern of COVID-19 transmission among voters and poll workers who show up on Election Day. Evidence from the April 7, 2020 Spring Election in Wisconsin supports that concern; there was an association between in-person voting and the spread of COVID-19 two to three weeks after the election. 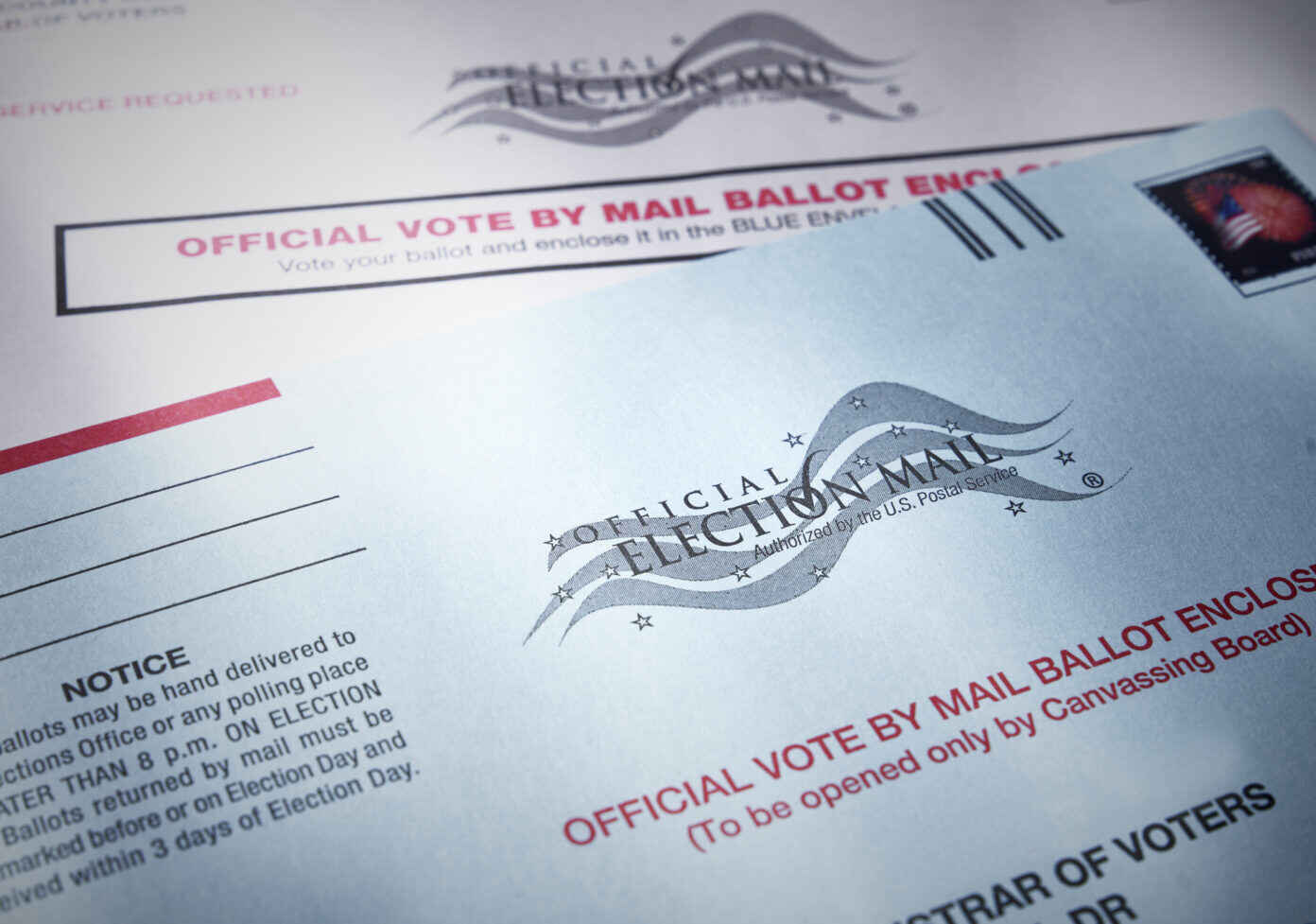 With 14 state and presidential primaries still scheduled before the general election, states must come up with plans to ensure the health and safety of voters and facilitate participation in the election process. However, attention must also be paid to the long-term health consequences, which are just as critical as the immediate risk posed by COVID-19.

Voting and civic engagement are tied to health. People who participate in civic activities like voting, volunteering, and joining community organizations are more likely to report that they have good or very good health (what is known as self-rated health) than people with a lower level of participation.  Self-rated health is an important measure of general health status and is a predictor of morbidity and mortality in a population.  The connection between civic engagement and health is recognized as a key element of Social and Community Context as a social determinant of health in Healthy People 2020.

People Who Are Civically Engaged Have Better Outcomes

Civic engagement impacts health.  Research shows that civic engagement builds social capital and expands social networks. This can increase the opportunity to be exposed to certain messages or behaviors that can influence health outcomes (see a study on the Minnesota Heart Health program here).  Social capital can also be mobilized to form collective efforts to improve the conditions that influence health and well-being in communities (see here and here). Research also shows that young adults who engaged in volunteering, voting or activism were more likely to have a higher income and education later in life than those who did not, and income and education are known to influence health outcomes by affecting access to health-related resources, like health care, health insurance, safe neighborhoods, and healthy food.

Health impacts civic engagement. People with chronic illnesses, mental health concerns, and disabilities are less likely to vote, as are young people, people of color, and people with lower education levels.  In general, people with low self-rated health are less likely to vote, and failing to vote reinforces conditions that lead to low self-rated health. Voting provides a mechanism to influence the laws and policies that shape health and well-being, and exclusion from participation means that the voices of vulnerable communities are not being heard and amplified. Health disparities and voting disparities thus form a reinforcing feedback loop.

Socioeconomic inequality reinforces voting disparities, which reinforce health disparities.  Wealthier people vote at higher rates than people with lower socioeconomic status.  In the 2016 general election, 76.5 percent of people with an income over $150,000 voted, while only 37.8 percent of people making less than $15,000 a year voted.  One analysis found that socioeconomic distress was the single largest factor negatively associated with turnout in that election.  This has consequences for public policy, in that elected officials may be more responsive to the preferences of voters over non-voters. This also has consequences for health.  Socioeconomic inequality in voter turnout is associated with poor self-rated health and declines in social trust and cohesion, and these declines are associated with declines in civic engagement and increased mortality.

Elections have consequences. A January 2017 national survey found that people of color were more likely than White, non-Hispanic people to report that the outcome of the 2016 election was a significant source of stress. This matters because the stress associated with racial and ethnic community-level prejudice and hostility leads to elevated risk of adverse health outcomes, including mortality. In just one example, the 2016 election was shown to be associated with an increase in preterm births among Latina women in the U.S. More generally, measures of well-being declined from 2016-2017 for women, Black and Hispanic people, and low-income individuals, with declines observed in overall emotional health, social and purpose well-being. This is despite improvement in key economic metrics like unemployment, and the overall decline persisted into 2018.

Implications for the 2020 Election Cycle

People of color, low-income people, people with lower education levels, and people with physical or mental health issues must get engaged in the electoral process in order to have better health outcomes, but these groups are disproportionately burdened by barriers to participation. These barriers include reduced early voting, limited polling locations, inadequate staffing and resources in polling locations and inadequate staff training, ballots that are complicated in design or are only in one language, and signature matching requirements.  Nowhere have some of these problems been more evident than during Georgia’s statewide primary election on June 9, 2020, which was marked by equipment malfunctions, hours-long wait times, and accusations of inadequate support and training.  There were also complaints that voters did not receive requested absentee ballots and had to vote in-person as a result. This example illustrates two key barriers that all states are grappling with during the COVID-19 pandemic: absentee ballots and polling locations.

Under non-emergency conditions, there are five states that have vote-by-mail statewide where all registered voters automatically receive a ballot. No-excuse absentee voting, where registered voters can request a ballot for any reason, exists in 29 states and the District of Columbia. In 16 states, voters need an excuse to request an absentee ballot. Under emergency conditions, Governors can use their statutory authority under a declared emergency to change or suspend laws and regulations, and some states have successfully used this authority to expand vote-by-mail.  Other states have introduced specific legislation to address voting amid COVID-19, but some of these proposals depend on the existence of a declared emergency. The National Conference of State Legislatures has a summary of legislative and executive actions related to voting and COVID-19.

In other states, the debate over absentee voting is playing out in the courts.  In Texas, the state Supreme Court ruled that lack of immunity to COVID-19 does not constitute a disability for the purposes of requesting an absentee ballot, and the 5th Circuit Court of Appeals recently issued a stay of a lower court preliminary injunction that would have allowed voters to request an absentee ballot if they feared getting COVID-19.  In Tennessee, the Davidson County Chancery Court recently held that the state’s interpretation of its vote-by-mail law to exclude susceptibility to COVID-19 is too restrictive and places an unreasonable burden on the right to vote; that decision is under appeal. In Virginia, a group of voters has filed suit ahead of that state’s June 23, 2020 primary claiming that vote-by-mail is unnecessary to prevent the spread of COVID-19 and will disenfranchise voters because the system cannot process a large volume of absentee ballots and some ballots may not be counted.  Interestingly, no-excuse absentee voting goes into effect in Virginia on July 1, 2020.

States are implementing improvements to polling locations to ensure public health and safety during the 2020 elections, informed by Centers for Disease Control guidance.  Recommendations include encouraging voting methods like vote-by-mail and early voting to minimize crowd size and person-to-person contact, and cleaning and disinfecting methods for voting-associated equipment like voting machines, pens, and computers. Elections officials are also evaluating and making adjustments to locations, hours, and days of operation for early voting and providing secure drop-off spots for absentee ballot return.  States are also having to tackle recruitment of poll workers.  In the 2018 general election, 58 percent of poll workers were over the age of 60, a group hit hard by COVID-19.

One of the most important issues related to polling locations is simply their existence.  Since Shelby County vs. Holder was decided in 2013, holding that the preclearance provisions of Section 4(b) of the Voting Rights Act of 1965 are unconstitutional, some states have made broad changes to the elections process. This ruling eliminated the formula to identify areas where racial discrimination in voting was more prevalent along with requirements for prior approval for new voting changes in those areas. Between 2012 and 2018, more than 1600 polling locations were closed, and states have limited voting days and hours, enacted new barriers to voter registration, and purged voters from the rolls, changes that disproportionately impact communities of color.  These changes also impact other marginalized voters, including low-income people and people with disabilities, who may have limited transportation options, difficulty voting during scheduled times due to work or family obligations, and barriers to obtaining approved forms of identification.  These are the groups whose health is most significantly impacted by a failure to engage in the voting process.

There are a number of other issues that states must contend with in adapting elections for COVID-19, including allocating resources to process a large volume of absentee ballots; establishing processes for notice of ballot rejection and the opportunity to cure defects; ballot tracking; and educating voters about changes or updates.  These interventions also present opportunities for long-term improvements to the elections process and a way to ensure meaningful participation.

The Power of Participation

Other ways to drive voter participation are detailed here, but one of the most significant is through Integrated Voter Engagement (IVE).  IVE is an ongoing, nonpartisan effort to increase voter engagement and turnout through issue advocacy and community-organizing activities to build long-term power for communities.  As measures of self-rated health, health equity, and health justice have declined over time, IVE presents communities a way to mobilize social capital and engage in collective efforts to change laws and policies that create barriers to education, health, power, and economic advancement.

One other, significant form of civic engagement is participation in the U.S. Census.  Communities of color are often undercounted in the Census, and this has substantial consequences.  The Census determines how federal funding for programs like SNAP and Head Start is distributed; is used by businesses to target marketing, decide business locations, and make investment decisions; and determines representation in state legislatures and in Congress.  These things shape the availability and distribution of wealth and power in a community, and distribution of wealth and power shapes health.

The 2020 election is important, but dismantling the laws and policies that reinforce and perpetuate voting and health disparities will require engagement on several fronts.  Individuals and communities that fully participate in democracy through voting and other forms of civic engagement have the power to create a path to better health.  People who do not participate are not heard, and they need to be heard to be healed.

Note: The Network is collaborating with Voting Rights Lab to help raise awareness about protecting public health and voter participation in the 2020 elections, and has signed on to an Open Letter to Protect Vulnerable Populations During the 2020 Elections – we encourage readers to share this letter.

The Network for Public Health Law provides information and technical assistance on issues related to public health. The legal information provided in this post does not constitute legal advice or legal representation. For legal advice, readers should consult a lawyer in their state.