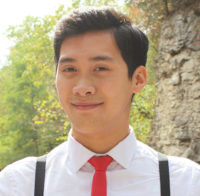 In his role as digital marketing coordinator at the National Office, Charles Truong leads the Network’s creative content design, oversees web maintenance, and supports the Network’s marketing strategies. He also hosts monthly webinars and manages the Network’s email system. Charles serves on the Board of Directors for the Minnesota Association for Environmental Education and has spearheaded global outreach initiatives for several non-profit organizations, producing his first television-broadcasted documentary in 2017. Charles received his B.A. in English and Cinema from the University of Iowa and has received numerous awards for his leadership in advancing diversity and inclusion in Central Iowa and surrounding communities.