When Kids’ Lunches Get Schooled: Scaling Back the Healthy, Hunger-Free Kids Act

On May 1, 2017, U.S. Secretary of Agriculture Sonny Perdue made an announcement difficult to stomach: certain school nutrition standards implemented under the Healthy, Hunger-Free Kids Act (HHFKA) of 2010 would be scaled back. As American kids consume as much as half their daily calories at school, reforming school-provided meals can meaningfully impact childhood obesity, which affects over 12.7 million kids and adolescents in the United States. 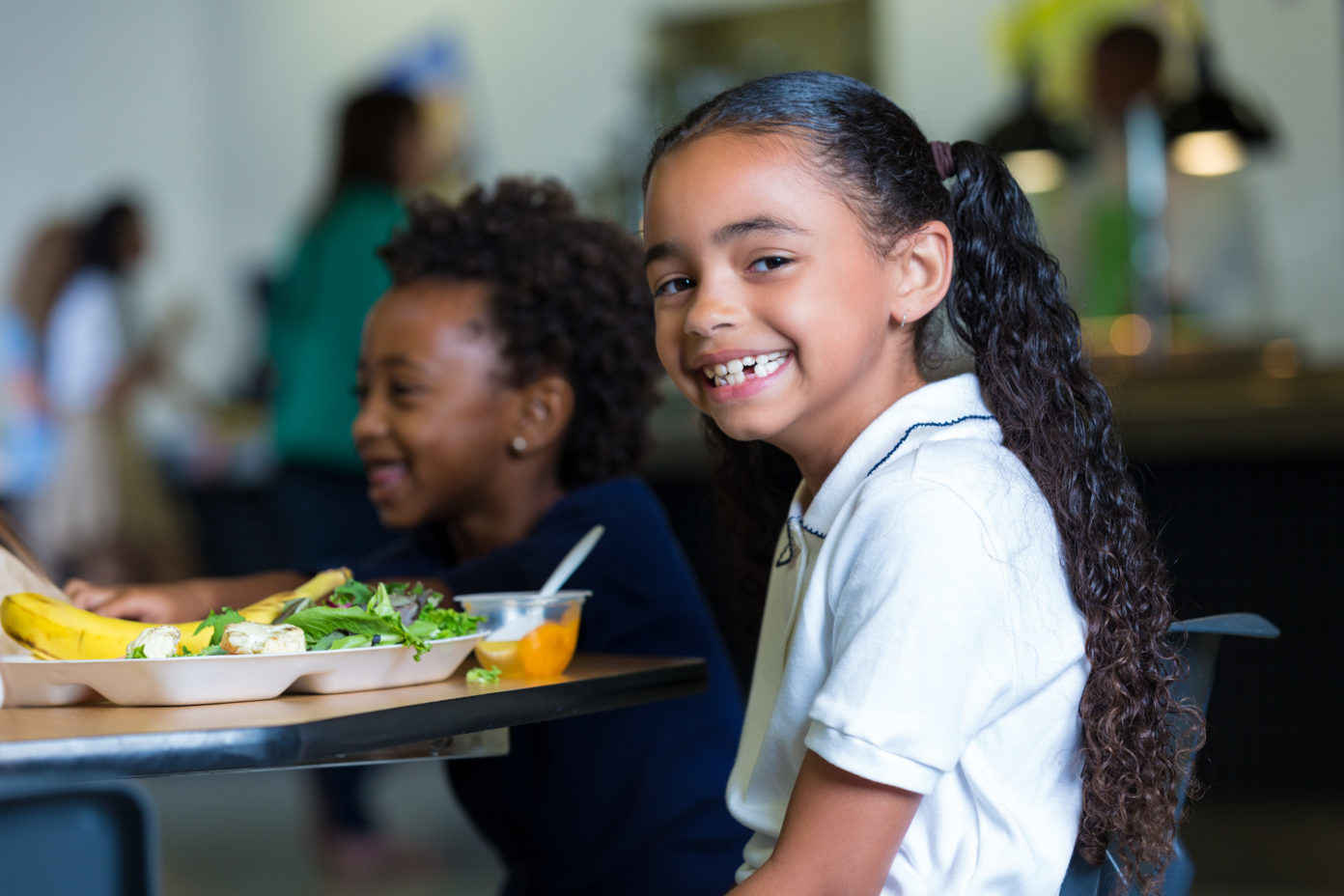 Congress passed the HHFKA to expand access to the national school lunch and breakfast programs; set improved, evidence-based nutritional standards; and allow for more federal funds to reimburse complying schools. The U.S. Department of Agriculture (USDA) set new minimums for servings of fruit, vegetables, and whole grains, and maximums for sugar, salt, and fat content that would gradually be implemented over several years.

Before HHFKA took effect, just a single meal served at school often challenged daily recommendations for kids’ salt and caloric intake. Under the updated standards, school meals saw significant increases in key nutrients and fiber, and decreases in sodium and saturated fat. Students began eating 23 percent more fruit, 16 percent more vegetables, and more of their main entrees. After HHFKA requirements took effect, the nutritional quality of school meals increased by about 30 percent. Over the same time period, childhood obesity rates continued to stabilize for all children, and decline for children two to five years of age.

Secretary Perdue’s announcement threatens to halt or reverse these achievements by cutting back three main HHFKA provisions. First, states will be allowed to grant exemptions from the requirement that all grain products be whole grain by School Year 2017-2018. Second, schools will be permitted to serve 1% fat flavored milk as opposed to fat-free. Third, and perhaps most concerning, schools will not be required to meet the HHFKA’s salt reduction requirements through 2020.  On all three markers (grains, milk-fat, and salt) USDA is directed to take all necessary actions to develop revised standards, but no deadline has been set.

Perdue claimed the relaxation of rules was in response to feedback from schools, students, and food service experts that HHFKA-compliant meals were tasteless and largely ending up in the trash. The media fixated on allegations by schools and politicians that the HHFKA’s standards led to less student participation in the national school lunch program, resulting in decreased reimbursement for schools. Meeting HHFKA requirements cost states an additional $1.22 billion in 2015. According to Perdue, more local flexibility would solve these problems by allowing food choices to be more “healthful and appealing to students.” The School Nutrition Association, a non-profit lobbying group of food service professionals funded by companies like Schwan Food Service, which recommended the changes, found the announcement appealing.

Yet as of October 2016, 99 percent of schools had been compliant with the HHFKA requirements, participation remained fairly steady, and school lunch revenue was up. Contrary to the food industry’s allegations, many school districts even surpassed the HHFKA’s standards by developing creative policies such as farm-to-cafeteria programs. Hopefully, localities will continue prioritizing healthy school meals. Still, meals fit to ensure a healthful future should be guaranteed for every student in every school cafeteria nationally. Only a federally-driven policy can provide this.

While the relaxed requirements pertain to just three provisions of HHFKA, they may be a step in the wrong direction. Children already consume excessive levels of sodium, putting them at high risk for heart disease and stroke. Improving the nutritional quality of school lunch is associated with benefits in physical development, cognition, behavior and educational achievement. School meals can set the standard for what is served at home and in the community.

Rolling back the HHFKA’s science-based nutritional standards that put healthier meals in schools seems irresponsible and reflective of indifference for controlling and preventing childhood obesity and related health impacts. When it comes to our kids’ health, federal health policy must be grounded in the best available evidence toward improved childhood nutrition.