The Navajo Nation Responds to COVID-19

When COVID-19 arrived in the U.S., some called it “the great equalizer,” suggesting that regardless of income, race, or any other factor, the susceptibility of contraction and risk of mortality would be the same. This perception of COVID-19 was and still is entirely inaccurate. It is widely understood that there are numerous factors (social determinants of health) that influence individual and population health, for better or worse. That means, in the face of this pandemic, the inequities that exist in our society become even more apparent. The situation in the Navajo Nation today makes this blatantly clear. 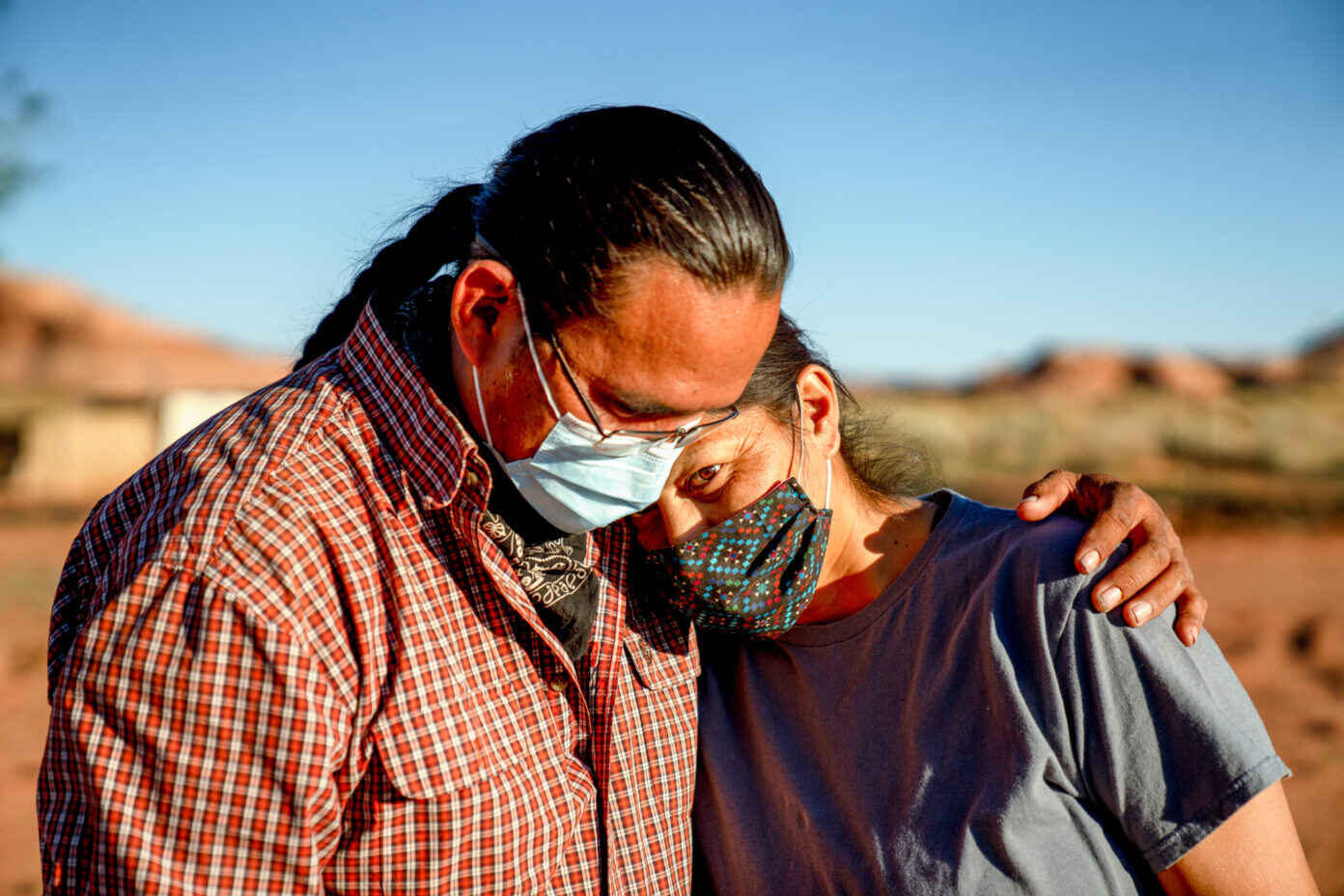 The territory of the Navajo Nation, home to the second largest tribal group in the U.S., located in the Four Corners region, has a population of approximately 157,000. The Navajo Nation has a long history of morbidity and mortality (e.g., cancer, heart and respiratory disease) much higher than the rest of the nation due to systemic oppression, underfunding by the Federal government, and lack of resources. In conjunction with the health problems, unemployment is nearly 50 percent, food insecurity is pronounced, and 40 percent of the population is without running water or indoor plumbing. In light of these factors, it should come as no surprise that the Navajo Nation is suffering extensively due to COVID-19 as compared to other parts of the U.S. Strikingly, West Virginia, one of the most impoverished states, and approximately the same geographic size as the Navajo Nation, has 11 times the population (1.8 million people) and much higher population density. Even so, as of June 23, the Navajo Nation had 7,088 confirmed cases and 336 deaths, compared to 2,582 confirmed cases and 92 deaths in West Virginia.

Many factors influence the higher prevalence of COVID-19 cases and deaths in the Navajo Nation. Access to clean water is of particular concern. According to the Centers for Disease Control (CDC), one of the primary methods to prevent contracting or spreading coronavirus is by “cleaning your hands often.” Unfortunately, for the Navajo Nation, this is less of an option, given limited water access. Individuals that do not have running water rely on hauling water themselves or receiving water from programs such as DIGDEEP. Since the institution of local shelter-in-place orders in the Nation, difficulty accessing water increased with the closing and limiting of the hours of government water distribution points.  The recent changes further exacerbate the already difficult task of conserving water for consumption, bathing, and now for following CDC guidelines.

In response to the exponential spread of the virus in the Navajo Nation, the U.S. Department of Health and Human Services (HHS) gave the Indian Health Service (IHS) priority access to ID NOW COVID-19 rapid point-of-care tests that diagnose COVID-19 in under 13 minutes. The tests were expected to arrive at public health labs as early as Monday, April 6; apparently they arrived by May. The month of April was a critical month for the populations served by the IHS as $1.032 billion was provided to the agency to expand telehealth services, purchase medical equipment, support sanitation and potable water needs, and improve surveillance and testing. On April 8, the IHS expanded their telehealth services using funds provided by the Coronavirus Aid, Relief, and Economic Security (CARES) Act to increase access to health care while the population practices physical distancing.

In May, HHS allocated $750 million to IHS, tribal and urban Indian health programs to further expand testing capacity and testing-related activities, as well as an additional $500 million in payments from the Provider Relief Fund to support purchasing personal protective equipment (PPE) and covering increased labor costs. The funds distributed to IHS brought the total amount of new resources allocated to the Indian health system to $2.4 billion. To further enhance patient care across the Indian health system, on June 2 the IHS commissioned the formation of a Critical Care Response Team. The Response Team will consist of expert physicians, registered nurses, and other health care professionals to provide urgent medical care to COVID-19 patients within the Indian health system.

In early April, in an effort to mitigate the spread of COVID-19 among his people, Navajo Nation President Jonathan Nez instituted four separate 57-hour weekend mandatory curfews (Emergency Order No. 2020-005, Emergency Order No. 2020-006, and Emergency Order No. 2020-011).  In addition to the mandatory weekend curfews, public health emergency orders were issued mandating the use of masks in public and a standing daily curfew. Despite all of the efforts taken to mitigate the spread of the virus by the Navajo Nation, it remains under an extended state of emergency with Navajo Nation government offices and related entities closed through July 5 due to the extreme number of cases and deaths. In an attempt to safely reduce social isolation, an emergency order was issued on June 5 permitting “drive-in” gatherings during non-curfew hours where people  remain in their vehicles as they are parked at least six feet from other vehicles.

Other Native peoples face similar challenges to those of the Navajo Nation. Navajo Nation Attorney General Doreen N. McPaul and other Indian Country leaders came together via a webinar on April 8 to detail the issues affecting Native American communities and discuss measures to protect them. To aid in ensuring that Indian Country receives the necessary aid, House Natural Resources Committee Chairman Raúl M. Grijalva encourages members of Indian country to send information about coronavirus impacts and preparations affecting Native communities across the U.S. to inform congressional action.

During this deeply disruptive time, the Navajo Nation and its members are working to protect the vulnerable and mitigate the impact of COVID-19. Some Navajo people have reported returning to the traditional practice of storytelling to not only manage stress but to remind themselves and their children of their self-reliance and resilience. Adrian Lerma, a Navajo Nation mother, reminds herself and her children that ‘these battles have been fought before in the past and that [they] can fight them again today,’ maintaining their confidence that they can get through this, much like they have before.

It is imperative to acknowledge and commend the continued self-reliance and resilience of the Native American people. However, the federal and state governments also need to take decisive actions to better support Native populations and ensure that they are not fighting this crisis, or any other, alone, currently or in the future.