Some of the public health law and policy issues in the headlines in recent weeks include a Supreme Court ruling blocking California’s ban on indoor religious services; the reintroduction of a significant maternal health bill; inaction of the defense production act to speed COVID vaccinations, introduction of an anti-racism in public health bill; the passing of the first state law decriminalizing  possession of drugs; an innovative approach to reducing pedestrian and cyclist deaths; and proposed legislation to protect state and county public health professionals from threats and harassment. 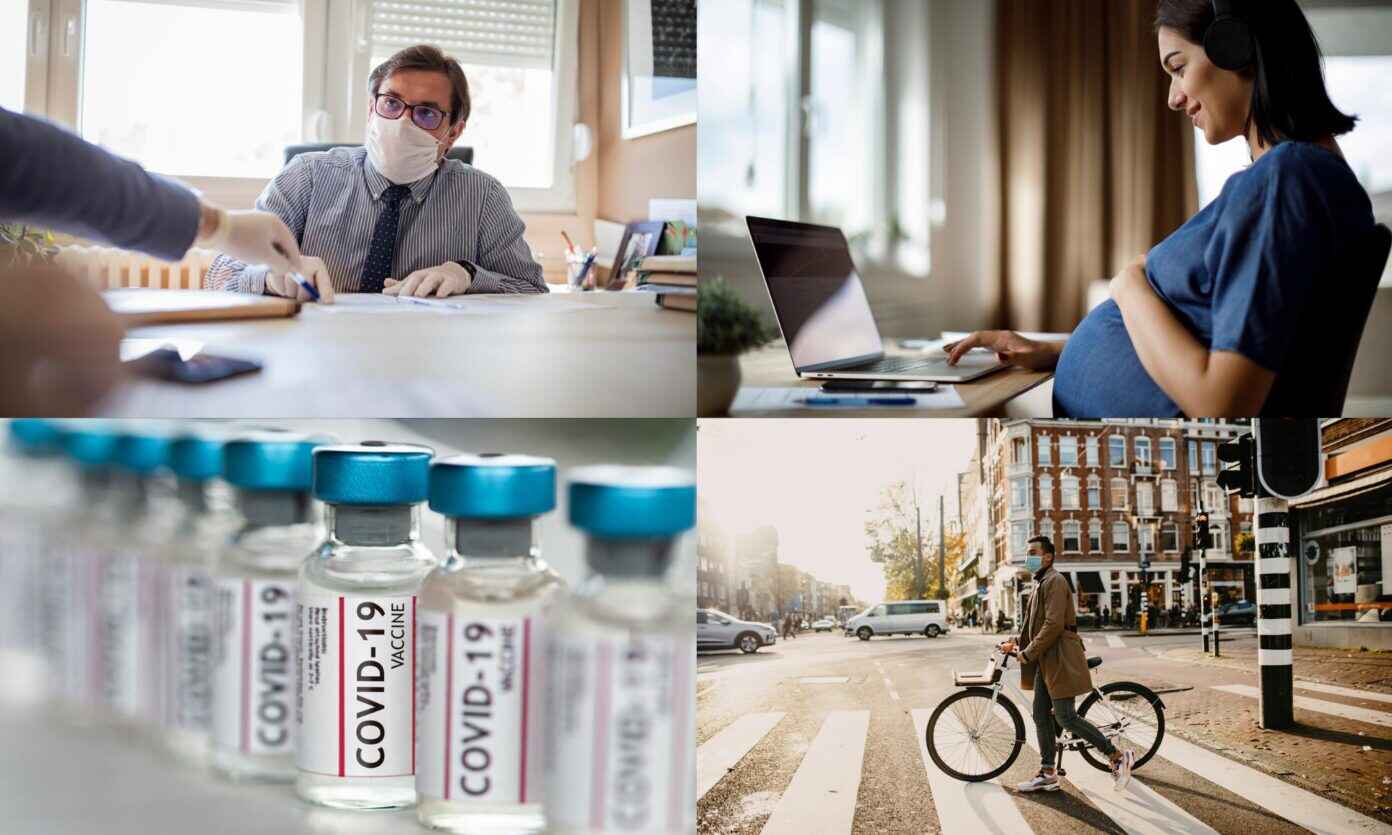 Congressional Lawmakers are poised to reintroduce a sweeping package aimed at improving maternal health outcomes in the U.S., particularly among Black mothers. The law’s backers say the pandemic has been devastating for pregnant people and has exacerbated existing disparities. The bill includes proposals to invest in community-based care for Black mothers; improve maternal health data collection; improve maternal health outcomes for incarcerated mothers; support programs to improve mental health for postpartum mothers; and examine policies on continuing health insurance coverage, including Medicaid, up to one year postpartum.

Defense Secretary Lloyd Austin has approved a request from the Federal Emergency Management Agency to deploy 1,100 troops to support vaccination sites – a move made possible after the Biden administration’s utilization of the Defense Production Act.

The law provides “a range of emergency powers to control distribution of products and compel companies to prioritize certain orders over others,” and is expected to boost vaccination supplies and other critical equipment.

In an effort to reduce pedestrian and cyclist deaths, a new Washington D.C. law will require the construction of protected bike lanes for roads undergoing construction that have been pre-identified as candidates for a protected bike lane or private-vehicle-free zone. The law is modeled on a novel Cambridge, Massachusetts ordinance enacted in 2019.

In what backers call “a revolutionary move for the United States,” Oregon has become the first state in the nation to decriminalize the possession of small amounts of drugs, including heroin and LSD. Instead of criminal charges, those found in possession will face a fine or a health assessment that could lead to addiction counseling. The measure also includes additional funding for addiction recovery centers.

In the first full legislative session since the murder of George Floyd, state legislatures around the country are introducing bills designed to address racial equity in housing, health care access and policing. Lawmakers in at least 16 states have introduced more than 330 bills for this session on policing alone, including measures banning no-knock warrants, mandating de-escalation training and the creation of community advisory boards.

Starting tomorrow, a new CDC order will require travelers to wear a face mask on nearly all forms of public transportation. While masks are already required for many forms of transportation, like flying, the order “will make not wearing a mask a violation of federal law that could make it easier for flight attendants and others to enforce.”

Attacked in Public, Threatened at Work, Picketed at Home: Public Health Leaders Have Seen it all in the Pandemic – CPR, Jan. 25

Public health workers across the country have been threatened, harassed, and picketed during the pandemic. As a result, many are resigning, raising concerns about the loss of public health expertise when the nation needs it the most. In some states, like Colorado, officials are considering legislation that would provide protections for state and county public health professionals.

Dallas city officials reversed course on a plan that would have prioritized vaccine allocation to the county’s most vulnerable ZIP codes, primarily in communities of color. The reversal came after the state threatened to slash its vaccine allocation.