Some of the public health law and policy issues in the headlines in recent weeks include changes to SNAP program eligibility requirements; President Biden’s plan to expand Medicaid coverage; Wisconsin Supreme Court ruling on statewide mask mandate; extension of the federal eviction moratorium; legislative proposals to curb emergency powers; racial disparities in health care and vaccination challenges in Missouri due to outsourcing of vaccine distribution. 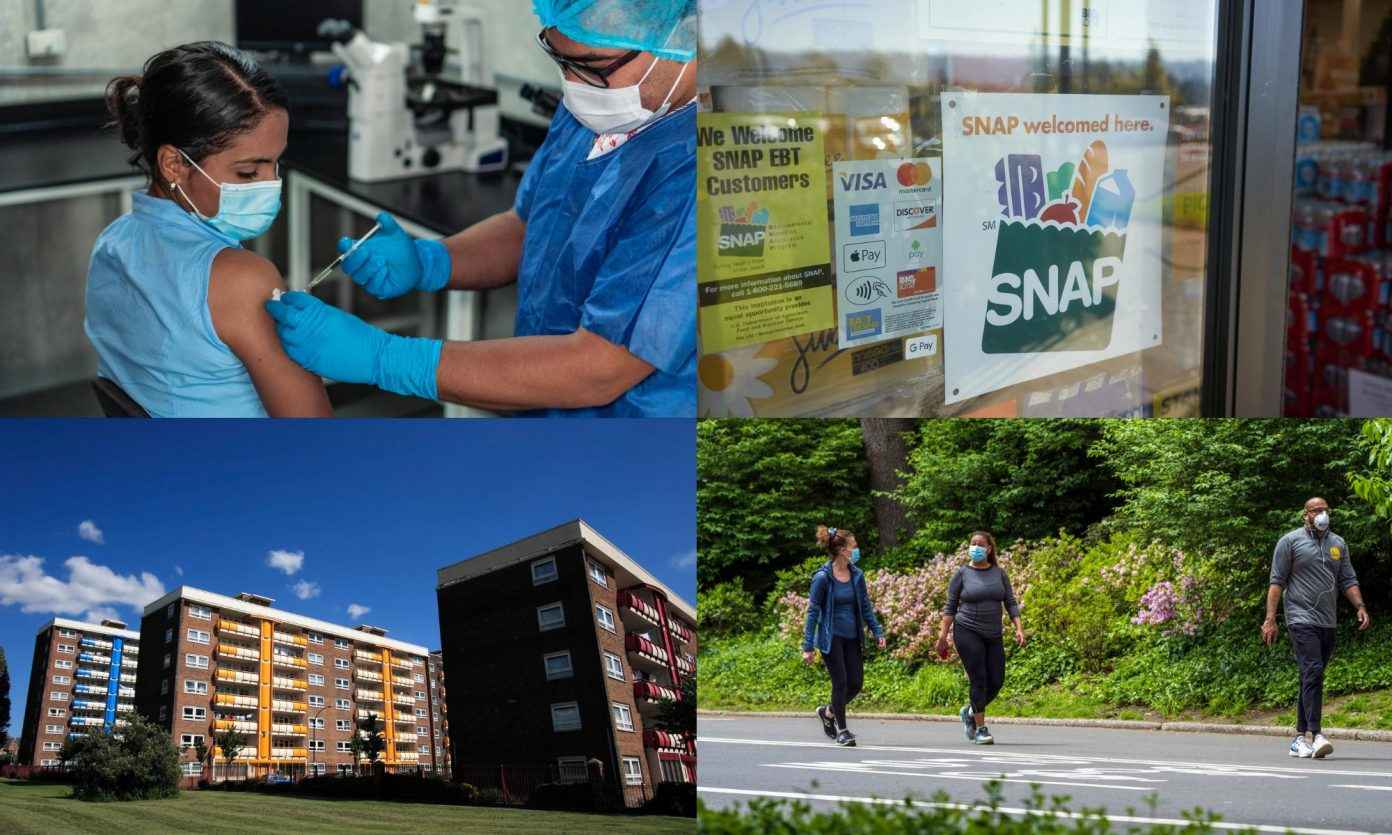 The Biden administration is abandoning a Trump-era plan to tighten eligibility requirements for the SNAP program, which was projected to disqualify food assistance benefits to 700,000 adults during a time where food insecurity is at an all-time high.

In an effort to support caregivers and expand access to home-based care, the Biden administration has proposed allocating $400 billion toward Medicaid coverage of long-term care outside of institutional settings, namely home- and community-based care services.

The Wisconsin Supreme Court struck down Governor Tony Evers’ statewide mask mandate, saying it “exceeded his authority and violated the separation of powers by reissuing emergency orders during the pandemic.”

The Biden administration is extending the federal moratorium on evictions that were scheduled to expire tomorrow until the end of June. The moratorium provides protection for tenants who have fallen behind on rent during the pandemic.

State Lawmakers Take Aim at the Emergency Powers Governors have Relied on in the Pandemic – NYTimes, Mar. 27

Network regional director Jill Krueger was interviewed for this article on the more than 300 proposals to curb governors’ emergency powers that have won approval or are awaiting action in State House and Senate chambers, and expressed her concern over the timing of such efforts, stating: “The time for legislatures to address emergency declarations isn’t in the middle of an emergency, but before or after one.”

Missouri’s decision to bypass its 115 local health departments in its initial vaccine rollout and instead outsource the work to hospitals, consultants and federal programs that it assumed were more resource rich than its public health system has placed it among the bottom states nationwide with regard to vaccine distribution.