Plata v. Newsom and Its Impact on Health Equity in California’s Prisons

In Plata v. Newsom, the Ninth Circuit Court of Appeals vacated U.S. District Judge Jon Tigar’s order requiring the COVID-19 vaccination of all California Department of Corrections and Rehabilitation (CDCR) staff that access CDCR facilities. The Circuit Court found that the CDCR’s current partial vaccination policy, which only requires the vaccination of prison staff working in healthcare settings, does not constitute deliberate indifference to the health and safety of incarcerated persons in violation of the Eighth Amendment’s prohibition on cruel and unusual punishment. This article presents the facts of Plata v. Newsom and the deliberate indifference standard, describes why the Ninth Circuit’s decision incorrectly interprets this standard, and outlines the health equity concerns and public health implications resulting from the decision. 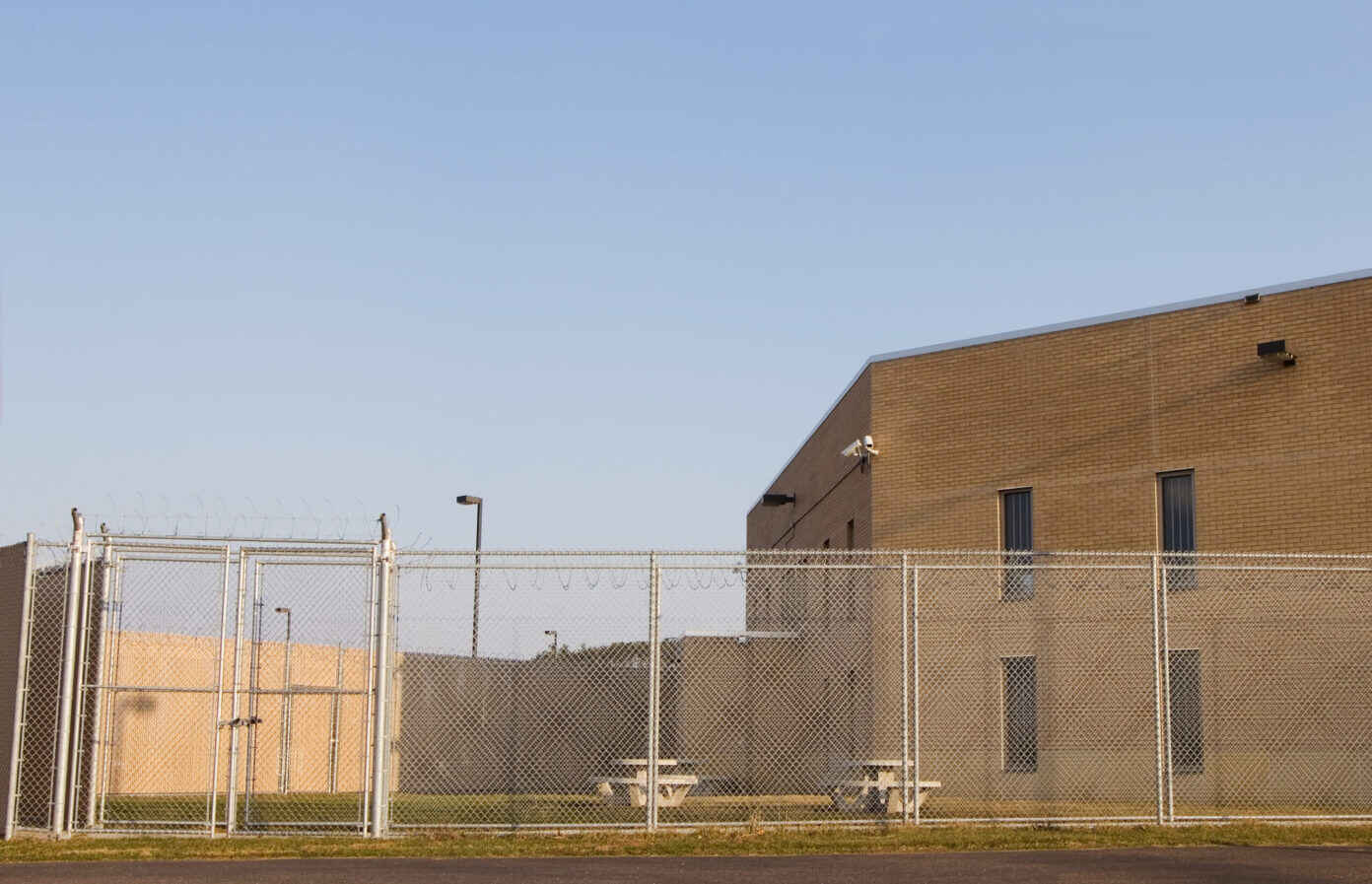 In Plata v. Newsom, the Ninth Circuit Court of Appeals vacated U.S. District Judge Jon Tigar’s order requiring the COVID-19 vaccination of all California Department of Corrections and Rehabilitation (CDCR) staff that access CDCR facilities. The Circuit Court found that the CDCR’s current partial vaccination policy, which only requires the vaccination of prison staff working in healthcare settings, does not constitute deliberate indifference to the health and safety of incarcerated persons in violation of the Eighth Amendment’s prohibition on cruel and unusual punishment.

This interpretation of the deliberate indifference standard is incorrect and ignores pressing public health concerns.This article presents the facts of Plata v. Newsom and the deliberate indifference standard, describes why the Ninth Circuit’s decision incorrectly interprets this standard, and outlines the decision’s health equity concerns and public health implications.

Plata v. Newsom: the facts of the case and the deliberate indifference standard

In Plata, Marciano Plata and other persons incarcerated by the CDCR argued that the CDCR’s decision to adopt a partial staff vaccination policy rather than the complete, mandatory staff vaccination policy recommended by the prison health system’s court-appointed receiver, constituted deliberate indifference to the health and safety of incarcerated populations. Defendants, including the CDCR, argued that they did not act with deliberate indifference in adopting the policy, which they allege was sufficient to ensure the health and safety of persons incarcerated by the CDCR.

The U.S. Supreme Court has held that deliberate indifference to an incarcerated person’s health and safety violates the Eighth Amendment’s prohibition on cruel and unusual punishment. Deliberate indifference is proven when (1) an incarcerated person’s health and safety are objectively at a substantial risk, and (2) prison officials subjectively know of these risks but disregard them. In Plata,the District and Ninth Circuit courts agreed that persons incarcerated in California face objectively serious health risks due to COVID-19. But the courts disagreed over whether the CDCR subjectively acknowledged and disregarded these risks by refusing to mandate vaccination among all prison staff.

The Ninth Circuit incorrectly applied the deliberate indifference standard in Plata because it based its decision on an incorrect interpretation of the ‘difference in medical opinion’ rationale. This rationale has been applied in other cases involving express disagreements between medical professionals. Yet here, the overwhelming majority of medical experts agree that vaccination is the best way to reduce the spread and severity of COVID-19, and the CDCR’s receiver prepared a substantial report demonstrating the public health basis for adopting a mandatory staff vaccination policy.

Additionally, the CDCR itself has acknowledged that “vaccination in the largest possible numbers . . . is clearly one of the best available protections against COVID-19,” and does not dispute that the current staff vaccination rate is too low to prevent mass outbreaks. The CDCR did not offer any evidence that its partial vaccination policy is more effective at reducing COVID-19 risks, but simply argued that its policy is sufficient to address these risks. Accordingly, this case is not about a difference in medical opinion over the best course of medical action to take, which is generally how the difference in medical opinion rationale is applied. Instead, the disagreement is about whether the CDCR’s policy is medically sufficient to address COVID-19 risks in California prisons.

The CDCR’s position that its policy is sufficient is untenable given significant evidence to the contrary. Indeed, the receiver’s report suggests that a partial vaccination policy will result in higher rates of infection, illness, and even death for incarcerated populations, particularly populations of color and populations with disabilities. Among the issues that the partial vaccination policy cannot resolve are the insufficient rate at which prison staff are vaccinated, the fact that prison staff are the primary source for introducing COVID-19 in prisons, and the regular close contact that prison staff have with incarcerated persons outside of healthcare settings. Selecting a partial vaccination policy when a more effective policy is available should establish that the former policy is insufficient to address the serious COVID-19 risks that incarcerated persons face.

There is a fundamental difference between a good faith disagreement between two physicians over the best course of treatment for an individual patient, and a decision to ignore well-established public health recommendations that would reduce health risks for persons that are incarcerated. While the deliberate indifference standard is a high bar, the intentional adoption of a less efficacious vaccination policy should meet this standard. When a prison has a choice between a policy that will result in further COVID-19 spread, injury, and death, and a policy that will reduce these risks, choosing the riskier policy should constitute deliberate indifference to an incarcerated person’s health and safety.

These outcomes, while devastating, are far from surprising. Carceral settings are particularly vulnerable to infectious disease outbreaks due to overcrowding, poor ventilation, and poor healthcare access. Incarcerated individuals are also more susceptible to COVID-19 infections and complications, as prison populations are more likely to have chronic health problems. Centuries of racism have resulted in higher rates of illness and death and lower life expectancies for persons of color, leading to worse health outcomes for incarcerated populations of color. Because of the disproportionate representation of people of color and persons with disabilities in U.S. prisons, poor prison conditions have significant health impacts on these communities, inside and outside of prison.

The Ninth Circuit’s decision raises several public health legal concerns. First, the Ninth Circuit’s impractical evidentiary expectations surrounding the comparative efficacy of vaccination policies belie the reality of a novel virus. Comprehensive evidence can be difficult or impossible to provide during a new disease’s early stages. When existing evidence and expert opinions coalesce around a particular public health strategy, non-experts should defer to that strategy rather than opting for a less efficacious policy which could undermine the health of thousands.

Second, staff retention issues should not influence public health policies. If the CDCR cannot retain enough staff to humanely incarcerate its prison population in a manner consistent with public health and safety, then it cannot continue to incarcerate as many people.

Third, extending the ‘difference in medical opinion’ rationale to a public health issue where there is no true disagreement about policy efficacy is irresponsible. Prisons are virus superspreaders and infections easily spread beyond the prison system. Prisons should not be able to set public health policy that creates worse health outcomes for those inside or outside their walls.

Finally, although beyond the scope of this article, the Ninth Circuit’s decision raises concerns about the insufficiency of the deliberate indifference standard in responding to public health needs. Medical experts agree that prison policies such as solitary confinement practices, prohibitively expensive prison co-pay policies, or lack of air conditioning in Southern prisons are deeply harmful to health, yet courts have been inconsistent in protecting against these abuses under the current deliberate indifference standard.

Prisons have a duty to protect incarcerated persons’ health and safety because the nature of confinement prevents incarcerated persons from protecting themselves. Persons who are incarcerated cannot choose to stay home, increase their physical distance from guards, or wear masks 24-7. While experts can argue about the ethics of COVID-19 vaccine mandates in other areas of society, prison staff vaccine mandates should not be up for debate. A prison sentence should not lead to a higher risk of being exposed, infected, and seriously injured or killed by COVID-19, but the CDCR’s current partial vaccination policy creates exactly this risk. Prison public health policy decisions that increase disease risks for incarcerated populations are cruel and unusual and should be considered morally, ethically, and legally unacceptable.