Last week, in Kemp v. Bottoms, the State of Georgia sued the City of Atlanta seeking to declare null and void three local emergency orders issued by Mayor Keisha Lance Bottoms. The orders at question roll back the reopening of Atlanta and, to deter the spread of the virus, mandate that people in the city wear masks when outside or in commercial businesses. Georgia’s governor, Brian Kemp, has been unwilling to mandate face coverings throughout the state and has aggressively sought to re-open his state’s businesses. The suit claims that the mayor’s directives are inconsistent with Governor Kemp’s state-wide orders and, thus, are preempted. 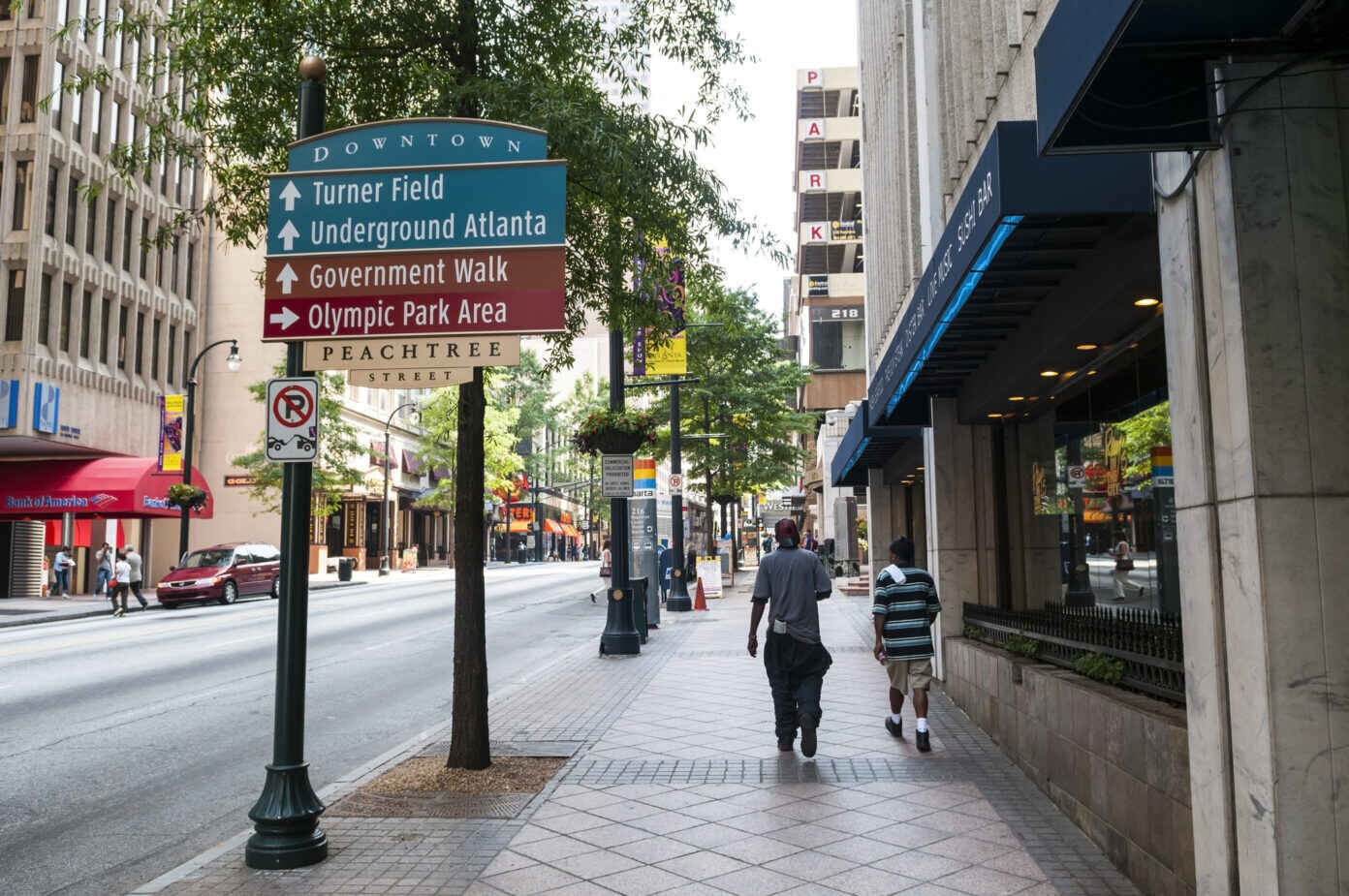 The dispute between Georgia’s governor and Atlanta’s mayor is not unique. Throughout the country, governors and the mayors of big cities – all charged with protecting the health and well-being of their constituents – have disagreed about how to respond to the pandemic.  Theirs, however, is the first dispute to result in litigation.  Its outcome will depend on the authorities granted by state law to both the governor and the city’s local government, and whether the state’s legislature intended for Governor Kemp’s decision on mask wearing to be preemptive.

Georgia is a home rule state. Atlanta and other political subdivisions may, consistent with the state’s Constitution and laws enact reasonable ordinances to protect the safety and well-being of their residents. Atlanta’s Charter, enacted by the state legislature, generally authorizes its council and mayor to take necessary and proper actions to promote the safety, health and general welfare of the city and its inhabitants. It also specifically authorizes them to act to preserve health and to respond to emergencies. Atlanta’s authority to home rule can only be limited by the state’s General Assembly (see also see Sturm Ruger Company Inc. v. City of Atlanta).

During emergencies, however, Georgia law gives special powers to both the state’s governor and to the mayors of its cities. GA Code § 38-3-51 authorizes the state’s governor to declare a state of emergency. In the case of a public health emergency, the declaration must be ratified by the General Assembly. If it concurs with the declaration, the governor is vested with special powers during the state of emergency that include enforcing all laws related to emergency management and he is charged with performing and exercising “such functions, powers and duties as may be deemed necessary to secure the safety and protection of the civilian population.” GA Code § 38-3-28 similarly authorizes municipal executives to pass emergency orders. Local orders, however, cannot be “inconsistent with any orders, rules or regulations promulgated by the governor.”

On March 14, 2020, Governor Kemp declared a public health state of emergency in Georgia because of the emergence of Coronavirus. His declaration was ratified by the state’s legislature two days later and, subsequently, he has issued more than 40 emergency orders responding to the emergency. While his orders have closed schools and restricted social gatherings, the Governor has not issued an order mandating that Georgians wear face coverings to prevent the spread of the virus despite the Centers for Disease Control and Prevention recommending they do so and his stated belief that they should. He has instead ordered people who are at higher risk because of underlying conditions to shelter in place. Mayor Bottoms declared a local state of emergency in Atlanta on March 16, 2020 and has similarly issued multiple emergency orders in response to the pandemic.

Georgia was the first state in the nation to “open up” announcing in late April that businesses like restaurants and barbershops could resume operating subject to crowd restrictions and other conditions. In late June, the state began to see an uptick in cases and on multiple days since then has set records for new virus cases. The uptick led to calls for Governor Kemp to require mask wearing.  Although willing to continue social distancing requirements and to mandate that Georgians “shall practice sanitation in accordance with the guidelines of the Centers for Disease Control,” he has resisted mandating face coverings, claiming that the issue of such a mandate has become “politicized.” Instead, in an order issued on June 29, 2020, Kemp “strongly encouraged” – but did not direct – Georgians to wear face coverings when outside of their homes.

On July 9, 2020, in response to an “alarming increases in cases,” Mayor Bottoms announced that Atlanta would be reverting to Phase 1 of its reopening plan. She ordered residents both not to leave their homes, other than for essential trips, and to wear face coverings when they were outside or in commercial buildings. Her action was immediately attacked by the Governor and it prompted him to issue a new Executive Order on July 15, 2020 that “suspended to the extent they are more restrictive [than state requirements]” any local order “that requires persons to wear face coverings, masks, face shields or any other kind of Personal Protective Equipment while in places of public accommodation or on public property.”

Because only the General Assembly can preempt Mayor Bottoms’s authority, the lawsuit turns on how the term “inconsistent” in GA Code § 38-3-28 is interpreted. The State will argue that local orders must be identical to orders issued by the Governor. That argument, however, ignores the dual authority that Georgia’s emergency management laws give to both the governor and the heads of local governments and that § 38-3-28 is intended to protect health and preserve lives. GA Code § 38-3-6 commands that the statute be liberally construed to effectuate this purpose. Clearly, cities cannot undo or choose not to follow any of the social distancing requirements that Governor Kemp has mandated for the entire state. They prescribe a set of protective directives that Georgia cities at a minimum must require and enforce. Significantly, even Governor Kemp acknowledges that people should wear masks and he encourages them to do so. According to his public statements about face coverings, his opposition to a mandate is based purely on business concerns and not on any belief that mask wearing would not help curb viral spread. Reading § 38-3-28 to prevent Atlanta from imposing an additional mandate that will save lives does not effectuate its purpose. Rather, it should be read to allow Atlanta’s local government to require an additional safeguard that, consistent with the social distancing measures required statewide, will help flatten the curve of disease in that city.

This post was written by Thomas Merrill, J.D., consultant for the Network for Public Health Law and former General Counsel for the New York City Department of Health and Hygiene.