Movement, safe play space, and connection with nature are vital to a healthy life and should be equally accessible to all. In many urban areas however, young people of color have limited access to outdoor spaces. In addition, public spaces have been designed to intentionally keep out youth with behavior-excluding elements such as anti-skateboard metal brackets and no loitering policies. Additionally, communities often fail to take youth into consideration when designing physical space and setting zoning restrictions. Public health professionals must engage communities and policymakers to secure policies and community design that improve rather than diminish activity and socializing by youth. 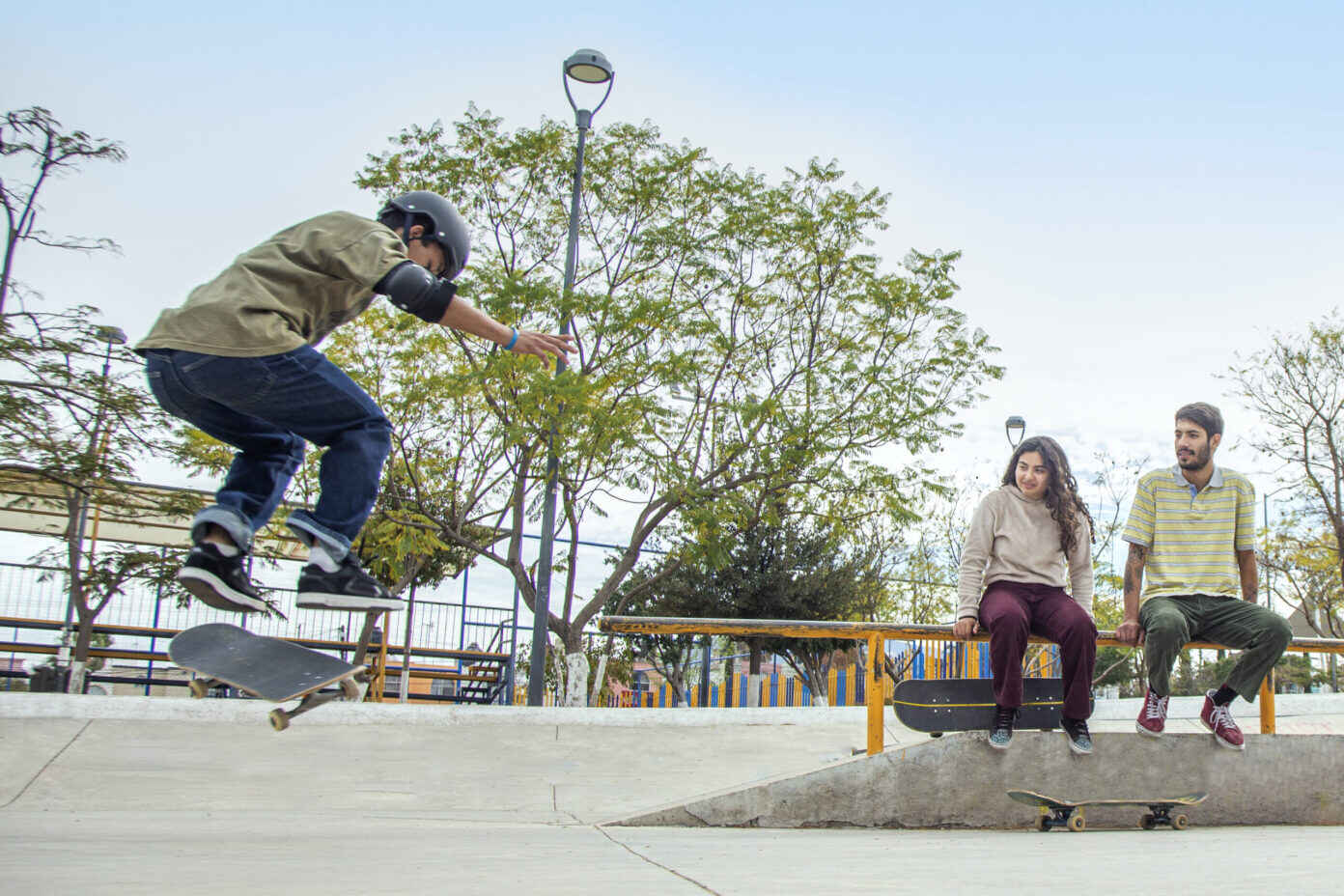 This article is one in a series produced through a partnership between the Network and the East Side Health and Well-being Collaborative in St. Paul, Minnesota. The Collaborative works with more than 20 local community organizations to advance coordinated initiatives that strengthen the health of their communities. As a member of the Collaborative, the Network provides training on the intersection between health, public health, and law and policy; and helps identify specific policies that support the Collaborative’s program goals.

The state of Minnesota, where I live, took its name from the Dakota phrase, Mni Sota Makoce, the land where the water meets the sky, Land of the Dakota People. Yet, there’s so much history we don’t know about the land we stand on. Information has purposefully been hidden from us to benefit capitalism and white supremacy while creating the narrative that access to nature and space is a luxury. Policy and planning practices have been driven by segregation and racism, assuring that Black, Brown, Indigenous, and people of color (BIPOC) have limited access to outdoor spaces. In addition, public spaces have been designed to intentionally keep out youth with behavior-excluding elements in public features, such as anti-skateboard metal brackets and no loitering policies. Movement, safe play space, and connection with nature are vital to a healthy life and should be equally accessible to BIPOC youth.

Growing up in urban communities as a brown immigrant, it was clear to me early on that I was not welcome; there were not many safe spaces available for my friends and me to just be kids. We were often kicked out from public areas for playing soccer, skateboarding, playing music, or just laughing and running around. Now, as a mother, it’s quite easy to find a nearby playground for my three-year-old but I have a 10-year-old who needs other ways to play. He just got into skateboarding which will be great for his well-being and keep him active, but I worry that there are not enough spaces that safely allow him to skateboard.

My home city, St. Paul, Minnesota, is ranked #2 in the country for effective parks by The Trust for Public Land. Yet even with this positive rating, we are failing communities of color who have 30 percent less access to park space than white communities.

Exacerbating the reduced access to parks are local laws and policies that make public places uninviting to adolescents and teens, some that criminalize typical youth behavior. For example, in Evanston, Illinois, skateboarding is highly restricted, making skateboarding illegal in almost all places where skateboarding is physically possible and popular among young people. Even carrying a skateboard in a restricted area may cause interaction with law enforcement. Anti-loitering and youth curfew laws that are prolific in municipalities across the country can threaten a group of kids hanging out—engaging in normal youth behavior—with criminal fines and other penalties. Even using sidewalk chalk to make a hopscotch board or draw colorful images has been rendered illegal in some places, including Anoka County, Minnesota.

Not worrying about one’s children being charged for skateboarding, hanging out with friends, or drawing with easily washed away chalk is an expression of privilege. Too often these laws are enforced disproportionately against youth of color.

In addition to laws that penalize kids for being kids, communities often fail to take youth into consideration when designing physical space and setting zoning restrictions. As a result, kids do not have space for recreation and safe social interaction. If a new multiunit housing project is being considered, policymakers consider traffic, sidewalks, and parking and may require the builder to construct in a way that addresses these concerns. Policymakers that may be enamored with playground facilities proposed by a builder likely do not consider safe places for teens to congregate and recreate. Skateparks and basketball courts are too often thought of as magnets for negative teen conduct rather than as recreation spaces that let teens be teens. Community design and renovation should include space for teenagers and laws and policies should support their use and belonging.

Because of the history behind and rise in youth-excluding policies and practices, public health professionals must engage communities and policymakers to secure policies and community design that improve rather than diminish activity and socializing by youth. Not only do we need to think about allowing youth to take space, we should also empower them to have a voice in the development of spaces intended for community use. Seeking input from youth on these spaces will result in effective and safe spaces and teach the teen population that their voice can make a difference.

This post was written by Maria Vallejo, Community Advancement Coordinator for Community Engagement, at Fairview Health and the East Side Health and Well-Being Collaborative, and Kathleen Hoke, J.D., director, Network for Public Health Law—Eastern Region Office and professor, University of Maryland Carey School of Law. All first-person references are from Maria.