Civic Engagement and Public Health: A Q&A with a Leading Researcher on Voting Laws

August is Civic Health Month, a time dedicated to ensuring that every voter has the information they need to participate in elections and understand how that participation can improve their health and the health of their communities. The relationship between voting and health has been visualized in the Health & Democracy Index, and since its launch, the Network has worked with Dr. Scot Schraufnagel, Chair of the Department of Political Science at Northern Illinois University, to further explore the data behind the Index. In this Q&A, Dr. Schraufnagel discusses this current research and its implications. 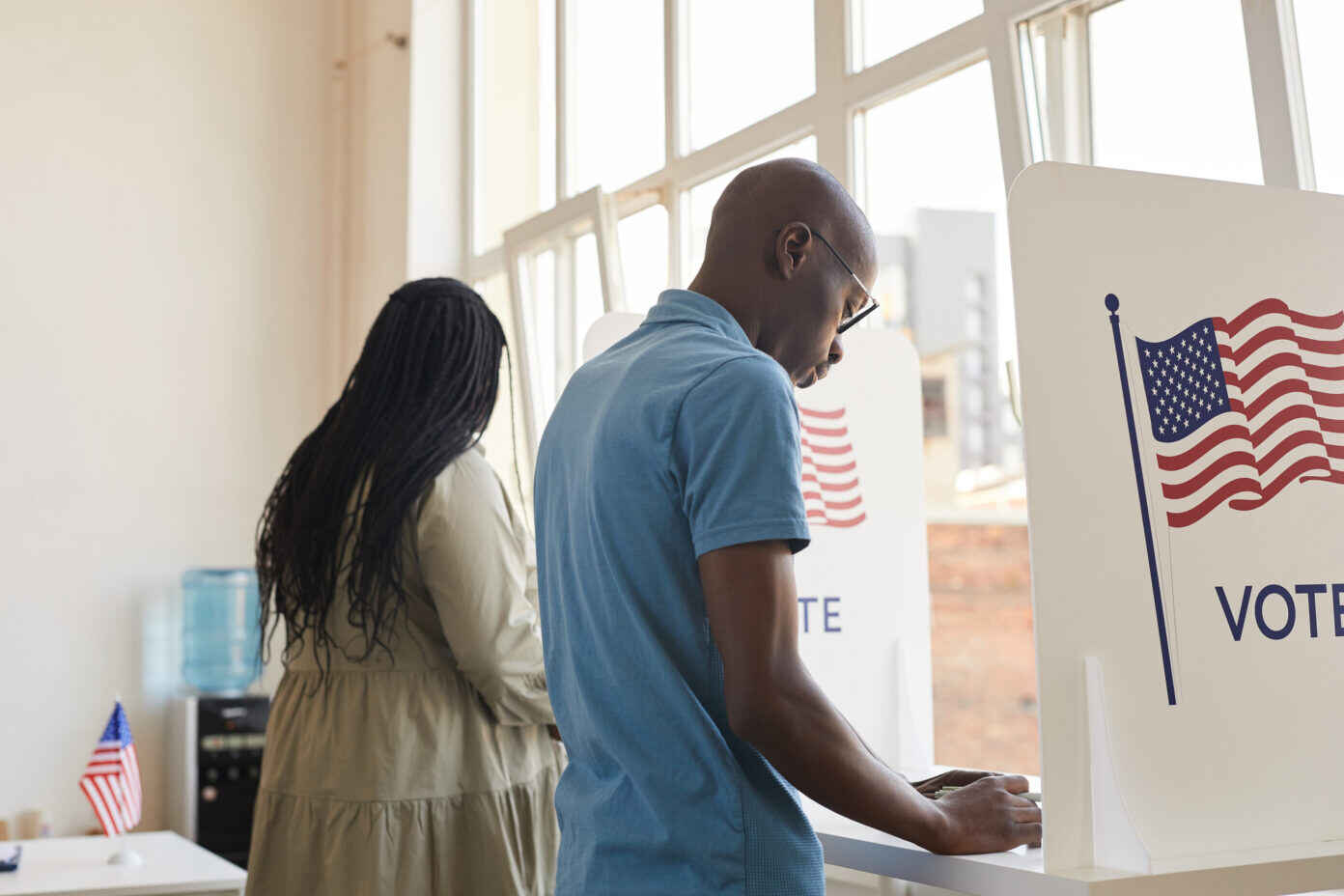 August is Civic Health Month, a time dedicated to ensuring that every voter has the information they need to participate in elections and understand how that participation can improve their health and the health of their communities. The relationship between voting and health has been visualized in the Health & Democracy Index, and discussed in previous Network resources, including a Q&A on Tracking How Voting Impacts Health. Since the Health & Democracy Index was launched, the Network has worked with Dr. Scot Schraufnagel, Chair of the Department of Political Science at Northern Illinois University, to further explore the data behind the Index. In this Q&A, Dr. Schraufnagel discusses this current research and its implications.

Q. You recently completed a deeper analysis of the relationship between civic engagement and public health outcomes. Can you tell us more about your research question and the theoretical framework you proposed?

A. There is a long-standing contention that better education and more information produces better health outcomes. Formal education, measured as years of schooling, literacy, or graduation rates, are common metrics used to test this assertion. However, I suggest there is another type of education, relevant to health outcomes, which occurs as the result of civic engagement. Staying informed and getting involved, whether by volunteering, participating in elections, or advocating for a meaningful cause ought to expose individuals to alternative points of view, more community debate, and fuller information regarding community life. It follows that when individuals are more active in this manner, the increase in civic education will cause these same people to become more aware of good health practices and cause them to make better lifestyle choices. In short, civic engagement ought to educate people in a way that leads to better individual health and taken together, healthier communities.

Q. We know that there are many factors that shape our health. How did you control for these factors in your analysis?

A. When testing whether civic engagement can cause better health it is imperative to control for other considerations that might also influence health outcomes. For instance, it might be the case that individuals who are more engaged in civic life are also wealthier or more educated. In this case, we might get a false positive. In other words, we would find a relationship between civic engagement and public health outcomes, but it is not the engagement causing better health. Actually, it may be better education (or higher income) that is causing better health. We can control for this by studying individuals with the same education level or income level. When we control for these considerations, it is possible to learn the independent influence civic engagement has on health outcomes. I tested the idea that civic engagement can produce better health, using both the American states as a unit of analysis and individual residents living within states. This required two different statistical models and each test needed a different set of control variables, or considerations to hold constant. The final report, which I hope will be published later this year, discusses all the different control variables used for each of the two tests.

Q. What were your overall findings and how do you think they can inform public health and civic engagement practice going forward?

A. After controlling for a whole host of possible explanations for health outcomes, I learned that a strong, statistically significant relationship still exists between the measure of civic engagement and public health. Importantly, there are public policy implications. Scholars for a long time now have imagined that voting and civic engagement might matter when it comes to public health. It now appears these scholars are on to something. In my analysis, I have been unable to uncover any evidence to contradict their suspicions. If better public health is the goal, American state legislators ought to move policies forward to create more opportunities for people to engage in the political process, whether this be by voting or perhaps in their communities as volunteers or policy advocates.

Another control variable used in the analysis, at the state-level, was a Traditionalistic state culture (see Daniel Elazar. 1972. American Federalism: A View from the States, 2nd ed. New York: Thomas Y. Crowell Company), which produces a more elite state legislative body as opposed to a citizen legislature. There is less voting and civic engagement in these states. I suspect these legislators do not have a full appreciation of the health consequences of this. As it stands, Traditionalistic state cultures do not pay legislators a living wage and only the super-wealthy can afford these part-time jobs. Paying state legislators more (a living wage) would open these jobs up to more people and broaden the pool of citizens who could run for state legislative office. This, in turn, would create a more representative state legislature more inclined to concern themselves with average state residents. Most directly, the research sheds light on the strong possibility that a more restricted electoral climate is stunting the necessary flow of information that will lead to better individual and community health outcomes. Policies should be passed to make voting easier and more inclusive.

Q. What finding was the most interesting or unexpected to you?

A. I set out, in earnest, to prove myself wrong. I kept adding control variables, or other possible explanations for public health outcomes, to see if the strong bivariate relationship between the two concepts – civic engagement and public health – was a fluke. In fact, I used several different measures of state and individual level education and income, imagining that the measurement strategy I had chosen was insufficient. This did not make a difference. I kept finding a robust statistical relationship between the indicators of civic engagement and health. In one auxiliary analysis, I also checked the relationship between the potential for civic engagement and state infant mortality rates. In this instance, I was surprised to learn that, after controlling for a whole host of other considerations, states with larger Hispanic populations actually had lower infant mortality rates. Although this initially surprised me, when I went searching the prevailing academic literature I learned I was not the first to uncover this detail.