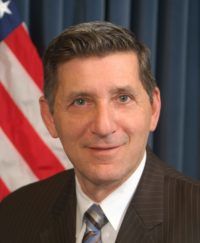 Michael Botticelli is one of the nation’s leading addiction experts, and served as the Director of National Drug Control Policy at the White House under President Obama. He was the first person to hold the position who was also in long-term recovery from a substance use disorder and who came from a public health background. Mr. Botticelli also previously served as Director of the Bureau of Substance Abuse Services at the Massachusetts Department of Public Health, and has served in a variety of leadership roles for the National Association of State Alcohol and Drug Abuse Directors. He was a member of the Advisory Committee for the Substance Abuse and Mental Health Services Administration’s Center for Substance Abuse Prevention and the National Action Alliance for Suicide Prevention. He has also co-authored many peer-reviewed articles that have significantly contributed to the field. Born in Upstate New York, Mr. Botticelli holds a Bachelor of Arts degree from Siena College and a Master of Education degree from St. Lawrence University.