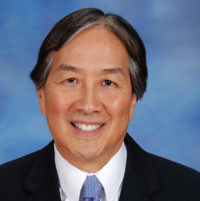 Dr. Koh is the Harvey V. Fineberg Professor of the Practice of Public Health Leadership at the Harvard T. H. Chan School of Public Health and the Harvard Kennedy School. He is also Co-Chair of the Harvard Advanced Leadership Initiative.  In these roles, he advances leadership education and training. From 2009-2014, Dr. Koh served as the 14th Assistant Secretary for Health for the U.S. Department of Health and Human Services (HHS), after being nominated by President Barack Obama and being confirmed by the U.S. Senate. Dr. Koh graduated from Yale College, where he was President of the Yale Glee Club, and the Yale University School of Medicine. He completed postgraduate training at Boston City Hospital and Massachusetts General Hospital, serving as chief resident in both hospitals. He has earned board certification in four medical fields: internal medicine, hematology, medical oncology, and dermatology, as well as a Master of Public Health degree from Boston University.